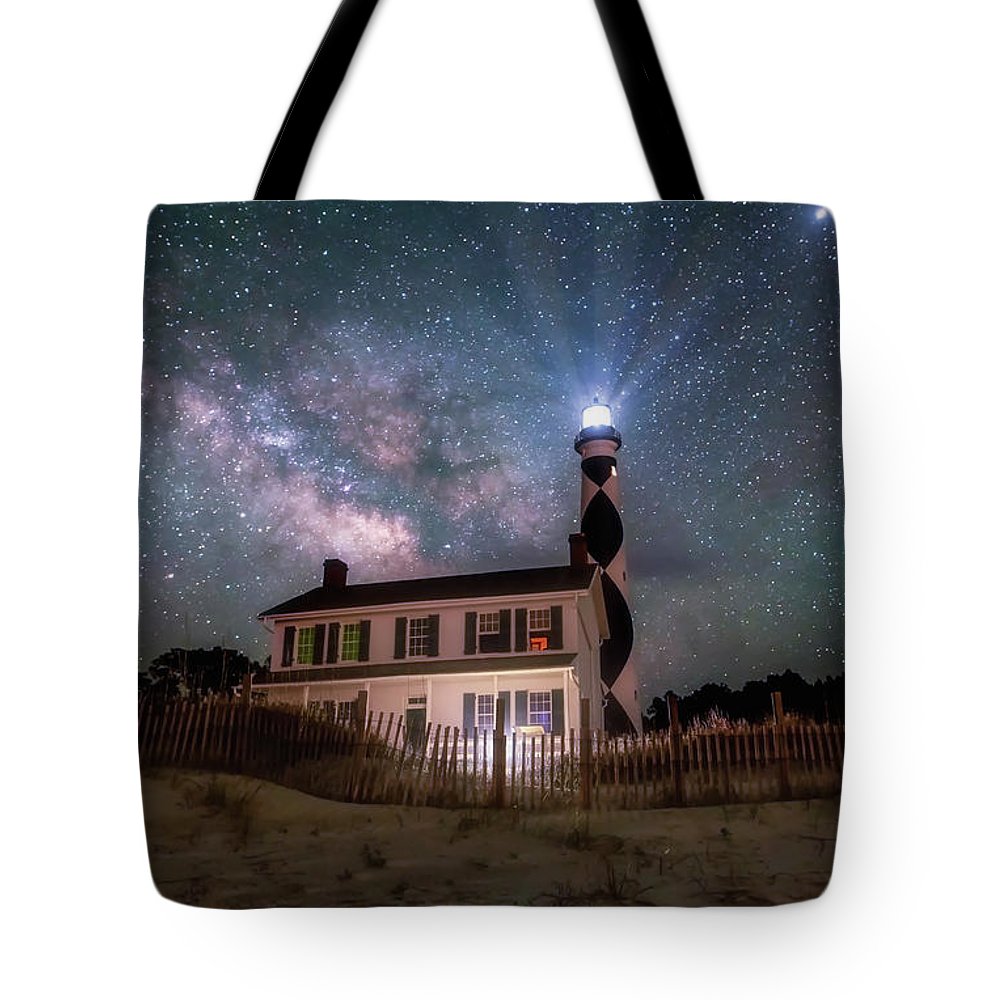 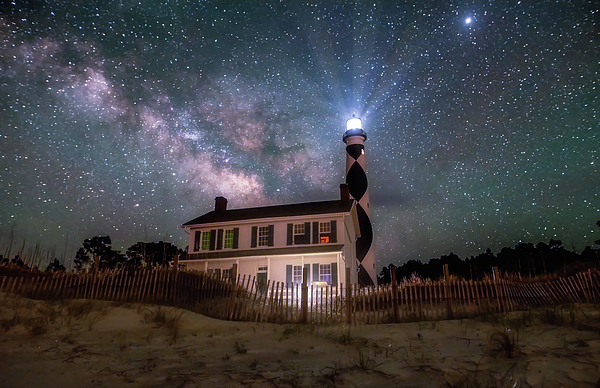 Boundary: Bleed area may not be visible.

Click and drag to re-position the image, if desired.

The image is near the edges of the product but doesn't cover the entire product.   Some of the background color may appear around the outside edges of the image.

Our tote bags are made from soft, durable, poly-poplin fabric and include a 1" black strap for easy carrying on your shoulder.   All seams are double-stitched for added durability.   Each tote bag is machine-washable in cold water and is printed on both sides using the same image.

The Cape Lookout Lighthouse is a 163-foot high lighthouse located on the Southern Outer Banks of North Carolina. It flashes every 15 seconds and is... more

The Cape Lookout Lighthouse is a 163-foot high lighthouse located on the Southern Outer Banks of North Carolina. It flashes every 15 seconds and is visible at least 12 miles out to sea and up to 19 miles. The Cape Lookout Light is one of the very few lighthouses that operate during the day. It became fully automated in 1950. The Cape Lookout Lighthouse is the only such structure in the United States to bear the checkered daymark, intended not only for differentiation between similar light towers, but also to show direction. The center of the black diamonds points in a north-south direction, while the center of the white diamonds points east-west.

Russell Pugh was born and raised in Ohio where his passion for photography began with just a simple Kodak 110 his parents gave him. In November of 1992, he enlisted in the Navy and remained in the Navy for 23 years, until he retired from it. During his time in the Navy his passion of photography would fall to the wayside, but occasionally he would pick up the camera to capture the beauty of every subject he could. Russell decided to follow his passion into Fine Art Landscape Photography shortly before retiring from the Navy. He is a recent graduate from the Art Institute of Virginia Beach earning his Bachelor’s in Fine Arts degree in Digital Photography. While attending school he participated in several art shows during his time...